The Message to All

The Message to All
by David Brenneman
This morning was reminded of the words of Linus in the Christmas Special "A Charlie Brown Christmas".
"Specifically, Luke 2: 8-14
And there were in the same country shepherds abiding in the field, keeping watch over their flock by night. And, lo, the angel of the Lord came upon them, and the glory of the Lord shone round about them: and they were sore afraid. And the angel said unto them, Fear not: for, behold, I bring you good tidings of great joy, which shall be to all people. For unto you is born this day in the city of David a Savior, which is Christ the Lord. And this [shall be] a sign unto you; Ye shall find the babe wrapped in swaddling clothes, lying in a manger. And suddenly there was with the angel a multitude of the heavenly host praising God, and saying, Glory to God in the highest, and on earth peace, good will toward men.
When he is finished with that last line, Linus turns and address someone directly: “That’s what Christmas is all about, Charlie Brown.”"
https://unrememberedhistory.com/tag/linus-speech/ 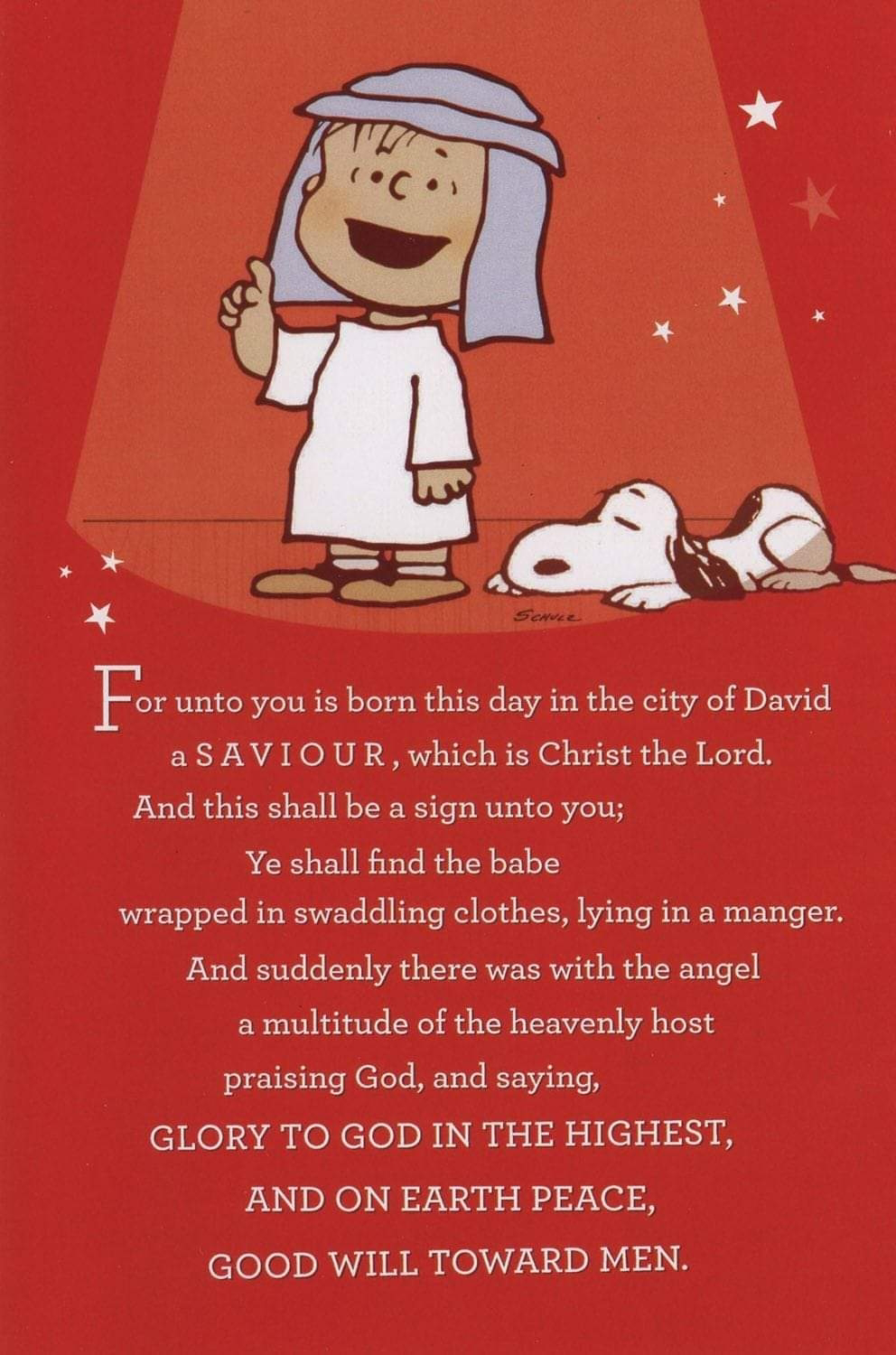