Faithful is Important to You

Faithful is Important to You
By David Brenneman 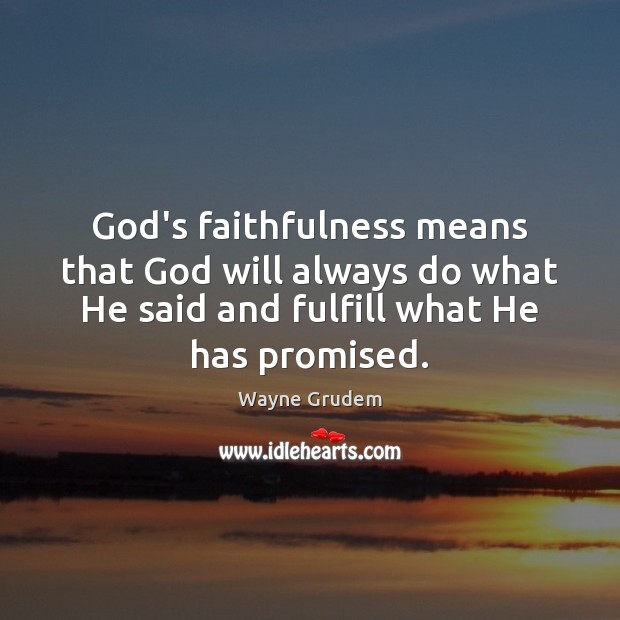 The dictionary defines faithful as remaining loyal and steadfast. True to the facts or the original.  Loyal is defined as giving or showing firm and constant support or allegiance to a person or institution. Steadfast is resolutely or dutifully firm and unwavering.
Biblically speaking it's linked to a firm unwavering conviction.  To believe and put that belief into action.  Think about all these definitions and now read if Jesus could possibly describe you in that way.

Matthew 25:14-30 NASB “For it is just like a man about to go on a journey, who called his own slaves and entrusted his possessions to them. To one he gave five talents, to another, two, and to another, one, each according to his own ability; and he went on his journey. The one who had received the five talents immediately went and did business with them, and earned five more talents. In the same way the one who had received the two talents earned two more. But he who received the one talent went away and dug a hole in the ground, and hid his master’s money.

“Now after a long time the master of those slaves *came and *settled accounts with them. The one who had received the five talents came up and brought five more talents, saying, ‘Master, you entrusted five talents to me. See, I have earned five more talents.’ His master said to him, ‘Well done, good and faithful slave. You were faithful with a few things, I will put you in charge of many things; enter the joy of your master.’

“Also the one who had received the two talents came up and said, ‘Master, you entrusted two talents to me. See, I have earned two more talents.’ His master said to him, ‘Well done, good and faithful slave. You were faithful with a few things, I will put you in charge of many things; enter the joy of your master.’

“But his master answered and said to him, ‘You worthless, lazy slave! Did you know that I reap where I did not sow, and gather where I did not scatter seed? Then you ought to have put my money in the bank, and on my arrival I would have received my money back with interest. Therefore: take the talent away from him, and give it to the one who has the ten talents.’

“For to everyone who has, more shall be given, and he will have an abundance; but from the one who does not have, even what he does have shall be taken away. And throw the worthless slave into the outer darkness; in that place there will be weeping and gnashing of teeth."

Now my Dear Reader, read the words of Jesus that DO apply directly to ALL:

Matthew 25:31-46 NASB "But when the Son of Man comes in His glory, and all the angels with Him, then He will sit on His glorious throne. And all the nations will be gathered before Him; and He will separate them from one another, just as the shepherd separates the sheep from the goats; and He will put the sheep on His right, but the goats on the left.

“Then the King will say to those on His right, ‘Come, you who are blessed of My Father, inherit the kingdom prepared for you from the foundation of the world. For I was hungry, and you gave Me something to eat; I was thirsty, and you gave Me something to drink; I was a stranger, and you invited Me in; naked, and you clothed Me; I was sick, and you visited Me; I was in prison, and you came to Me.’ Then the righteous will answer Him, ‘Lord, when did we see You hungry, and feed You, or thirsty, and give You something to drink? And when did we see You as a stranger, and invite You in, or naked, and clothe You? And when did we see You sick, or in prison, and come to You?’ And the King will answer and say to them, ‘Truly I say to you, to the extent that you did it for one of the least of these brothers or sisters of Mine, you did it for Me.’

“Then He will also say to those on His left, ‘Depart from Me, you accursed people, into the eternal fire which has been prepared for the devil and his angels; for I was hungry, and you gave Me nothing to eat; I was thirsty, and you gave Me nothing to drink; I was a stranger, and you did not invite Me in; naked, and you did not clothe Me; sick, and in prison, and you did not visit Me.’ Then they themselves also will answer, ‘Lord, when did we see You hungry, or thirsty, or as a stranger, or naked, or sick, or in prison, and did not take care of You?’ Then He will answer them, ‘Truly I say to you, to the extent that you did not do it for one of the least of these, you did not do it for Me, either.’ These will go away into eternal punishment, but the righteous into eternal life.”

Believing and believing in aren't necessarily the same thing.  Read the first section of Matthew 25 again.  Two believed in their Master one claimed to believe him. Two lived out that belief in actions in accordance with their beliefs, one proved that wasn't the case with him.

In what we see here we see faithfulness. You will indeed be faithful, but faithful in what?

You will be faithful to you or faithful to God.  Jesus clearly said this in Matthew 6:24 NASB "No one can serve two masters; for either he will hate the one and love the other, or he will be devoted to one and despise the other. You cannot serve God and wealth."

You cannot live for you and live for Jesus.  We become a house divided.

I read what you just did and the hymn  "Great is Thy Faithfulness" comes to mind.

We have before us life. What we choose to do with it shows our believing God or belief in God.

We can claim faith but can it be said of us that we are faithful?

We can say we follow Jesus but is their fruit to verify the claim?

When Jesus spoke of confessing knowing us before His Father in Heaven this refers to the Final Judgment.  A life that is hidden with Christ in God is one that will indeed be a life of faithfulness. It is a life freely confessed by Jesus before His Father.

To claim to believe in God and yet not live it, to have no fruit to show of it, shows no faithfulness. It means that a person never truly was saved in Christ Jesus.

There are millions per minute thinking they "believed enough" to get into Heaven who open their eyes after death to the horrors of Hell. They had not the faith that changed their lives.

The moment of death is the moment Christ Jesus will confess before His Father of our faith.

It's an odd connection Heaven and horrors.  I realized that there are horrors to behold in Heaven. For those who are saved, of whom there's evidence to prove salvation, that Christ does confess before His Father that we are Children of God, to get there and find out others we thought would be there are not because they truly weren't saved.

Faithfulness is evidence of what you believe. Satan loves to entice people with things that give us the appearance of joy in this world to keep us from a life of faithfulness. He convinces us to put our passionate desires into the wrong ideas.

Do you claim to believe in Jesus Christ as your Savior yet don't live it?

Romans 12 points to a life transformation happening to those who believe.  The workmanship of Christ Jesus in us is to make us more like Christ.  Christ Jesus was and is eternally faithful. Is there evidence within you that would convict you of being faithful? 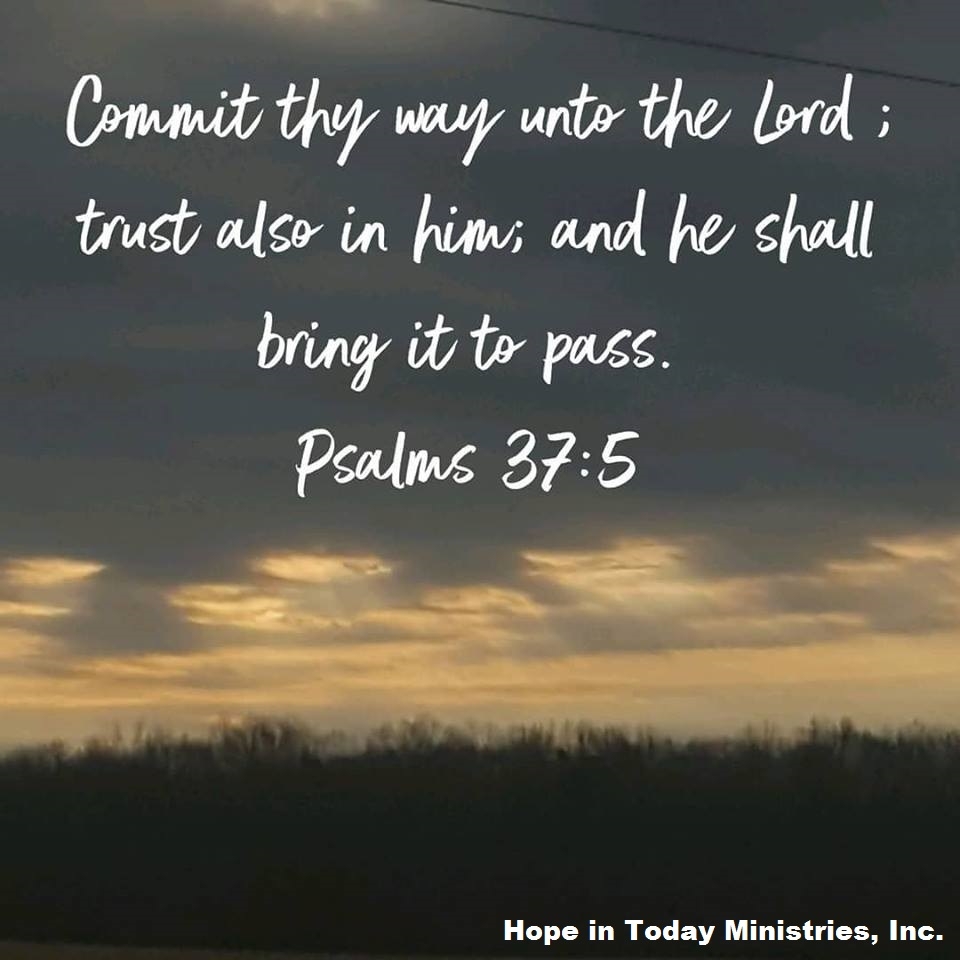 We have promises from God.  Yet to not claim or use them in our lives and the lives of others is to do the deeds of that 3rd servant. Bury it in the ground. To claim that God directs your life yet your life is more full of your desires than God's is showing who's will is being done. Yours or His. 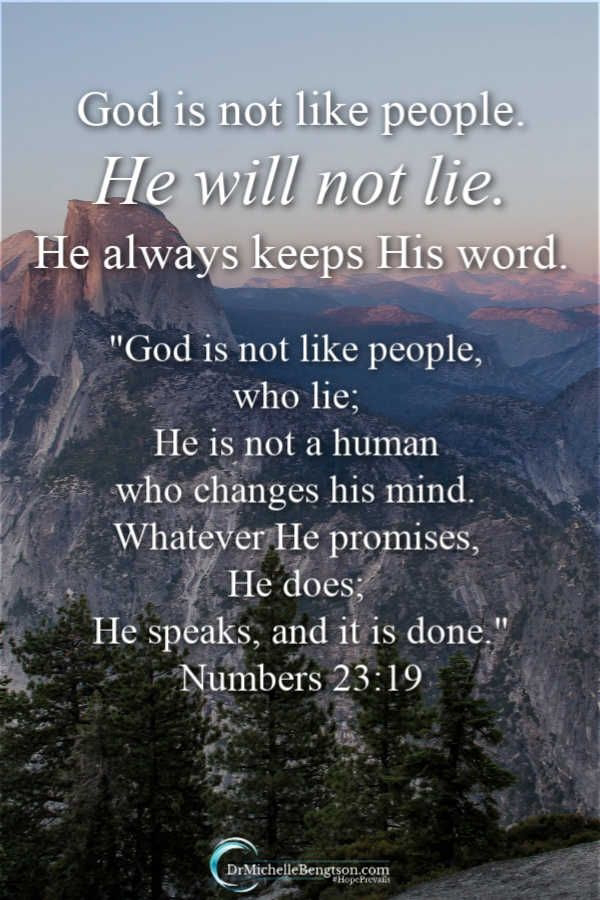 Really look at the import of that last picture.  Jesus will indeed judge the nations.

Jesus indeed will judge the deeds done in our bodies.

Jesus is that King who will return and demand that all give an account of the deeds done in the body.

His Word is His promise. He promised that no part of His Word will ever fail.  That everyone will either have the seal of the Spirit of God or they won't.  All who don't are judged guilty already upon death the judgment sentence is began. The end of the book of Revelation says a Final Judgment is coming to all who are not saved in Christ Jesus.  Jesus will faithfully keep His word in doing so.

While a person lives there is hope.

You still have time while you breathe to live as one who does more than just believe, but to live out your belief. To prove that you indeed are a Child of God. Those who hide it are indeed ashamed of their decision about salvation. Those who hide it are that 3rd servant who buried what he was given.  You must decide who you are going to live for and indeed you will be faithful in your choice. Faithful to live for you or faithful to live for Jesus.

Posted by MacGyverDB at 6:44 AM