God's Not "Just Kidding"
By David Brenneman
"Do not be mismatched with unbelievers; for what do righteousness and lawlessness share together, or what does light have in common with darkness? Or what harmony does Christ have with Belial, or what does a believer share with an unbeliever? Or what agreement does the temple of God have with idols? For we are the temple of the living God; just as God said,

“I will dwell among them and walk among them;
And I will be their God, and they shall be My people.
Therefore, come out from their midst and be separate,” says the Lord.
“And do not touch what is unclean;
And I will welcome you.
And I will be a father to you,
And you shall be sons and daughters to Me,”
Says the Lord Almighty." 2 Corinthians 6:14-18 NASB

When you really listen to the passages when Satan speaks in Genesis you can almost hear him laughing at what Adam and Eve said to him in how he responds.

When he talks to Jesus in the desert he really makes light of what he says in questioning Jesus.

When humor is mixed with temptation atypical of the result is weakened defenses. We let our guard down.  We read what we just did but read that with this.  1 Peter 5:8 NASB "Be of sober spirit, be on the alert. Your adversary, the devil, prowls around like a roaring lion, seeking someone to devour."

Part of the process of an attack is often to taunt in order to take advantage of the emotions over the intelligence of someone.  To get rational thought cast out of the equation.

Believers these days are just not on their guard.  We stumble and fall often because we aren't learning what it is that's leading up to the sinful temptation in the first place.

God, from the very beginning, wasn't laughing, wasn't joking, about sin and its consequences.

Mankind has been unable to lift the curse of God concerning his or her toiling under the sun.

Mankind has been unable to lift the curse of sin which is death. Not just physical but the eternal separation from God. Add to that separation from God the constant torment to pay for those sins. A single sin is enough to cast a person into Hell for eternity. We are born in sin, therefore, after reaching the age of knowing good from evil, that's the guaranteed destination. No joking matter.  In today's world we can easily find videos of people on their death bed refusing salvation in Christ Jesus, crying out in pain from unseen flames as they slip into Hell as they take their final breath.

In no way is Spiritual warfare a joke. There is a reason why Paul included the depiction of the whole armor of God in Ephesians 6:10-20 NASB. "Finally, be strong in the Lord and in the strength of His might. Put on the full armor of God, so that you will be able to stand firm against the schemes of the devil. For our struggle is not against flesh and blood, but against the rulers, against the powers, against the world forces of this darkness, against the spiritual forces of wickedness in the heavenly places. Therefore, take up the full armor of God, so that you will be able to resist on the evil day, and having done everything, to stand firm. Stand firm therefore, having belted your waist with truth, and having put on the breastplate of righteousness, and having strapped on your feet the preparation of the gospel of peace; in addition to all, taking up the shield of faith with which you will be able to extinguish all the flaming arrows of the evil one. And take the helmet of salvation and the sword of the Spirit, which is the word of God.

With every prayer and request, pray at all times in the Spirit, and with this in view, be alert with all perseverance and every request for all the saints, and pray in my behalf, that speech may be given to me in the opening of my mouth, to make known with boldness the mystery of the gospel, for which I am an ambassador in chains; that in proclaiming it I may speak boldly, as I ought to speak."

We likewise cannot afford to be careless in what we say and do.  We are warned not to give the Devil an opportunity in Ephesians 4:25-27 NASB "Therefore, ridding yourselves of falsehood, speak truth each one of you with his neighbor, because we are parts of one another. Be angry, and yet do not sin; do not let the sun go down on your anger, and do not give the devil an opportunity."

Note that emotions are what's messed with that garner the attention and actions of the Devil.

Humor is indeed of God, but it too can be abused by Satan. It's commonly known that humor is used in negotiations to relieve tension and lower defenses.  Satan's well aware and uses it to seduce people towards sin.

We often call some of this "stumbling blocks".  Things that we do or were done that cause problems in the walk of a Believer with Jesus.

We can also think we are sounding spiritual when in fact the source of what we repeat or post online is not.  Saw this yesterday. Someone posted something concerning a message about reposting it if they missed someone in Heaven.  Sounds innocent enough until you see the source of the message was promoting Mediums...those who attempt to talk to the dead. Servants of Satan.

Satan easily proves that he will twist the word of God to his advantage. To keep people from salvation in Christ Jesus. He cares not who goes to Hell, just as long as they don't go to Heaven.

Satan's never been to Hell.  He knows it exists, knows who's there. Knows that many of his fellow fallen angels now called demons are there and he cannot reach them.

Do you consider the source before you repeat something?  I have caught myself not checking up on things that I repeat.  I have been called out for such things.

Sin is no joke.

The wages, what we all deserve, is death because of sin.  Read that in Romans 6:23.

Sin is why Jesus had to leave Heaven and go through Hell to make a way to save mankind.

We don't take the consequences of sin seriously. We often don't think about the reality of idolatry. We live in a world where adultery is considered nothing more than an opportunity or inconvenience. We live in a world that is celebrating sin rather than being repentant of it. Sin is joked about. Hmm. Sounds like where we started today. Satan joking about the consequences of sin.

We can collect stuff and not even consider that that stuff has been raised up higher in our hearts than our relationship with Jesus.

We can be interested in various things in this world from entertainment to sports and not realize that we have raised the importance of such things higher than our relationship with Jesus.

We can take any aspect of life and actually raise its importance higher than our relationship with Jesus.

We ought to always do checks on ourselves in our walk with God.  We will indeed not be judged concerning sin, but we WILL give an account of the deeds done in our bodies. Romans 14:12, 1 Peter 4:5-6.

To borrow a passage portion: what manner of man or woman ought we to be?

Do we flagrantly show idolatry and not consider that's exactly what it is?

Do we hide behind humor and not realize there could be another reason?

Do we not realize that indeed sin so easily entangles as the Scriptures say?

Soon the Church will be taken up before the judgments in the Bible concerning the End Times.

People will be in far more of a panic than has yet been seen by mankind when that happens. They will indeed listen to a world leader who promises great things in order to bring them a sense of normal again.  Including worshipping him.

That brings the inevitable. Satan isn't joking either.

This isn't the red pill, blue pill, thing.  This is living out our salvation in Christ Jesus or not, Jesus says we cannot serve God and anything else.  This is being the light of the world because of the light within us.  This really is a life or death situation.  Our lives are supposed to show people Jesus.

God's absolutely not joking and Jesus never taught His Disciples to either.  He taught them to take their walk with Jesus seriously.

In another post the message was to do with Believers unwittingly helping Satan.

When we don't take sin seriously in all its forms and faces, we are helping Satan.

God's Not Joking and neither should we be joking. 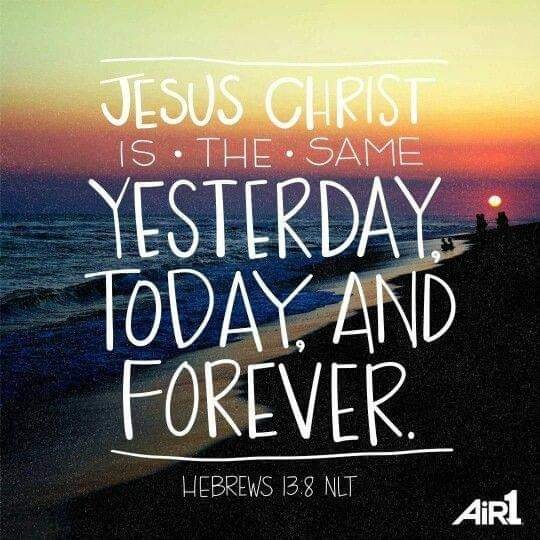 Posted by MacGyverDB at 5:00 AM