Speak the Truth in Love

Speak the Truth in Love
by David Brenneman 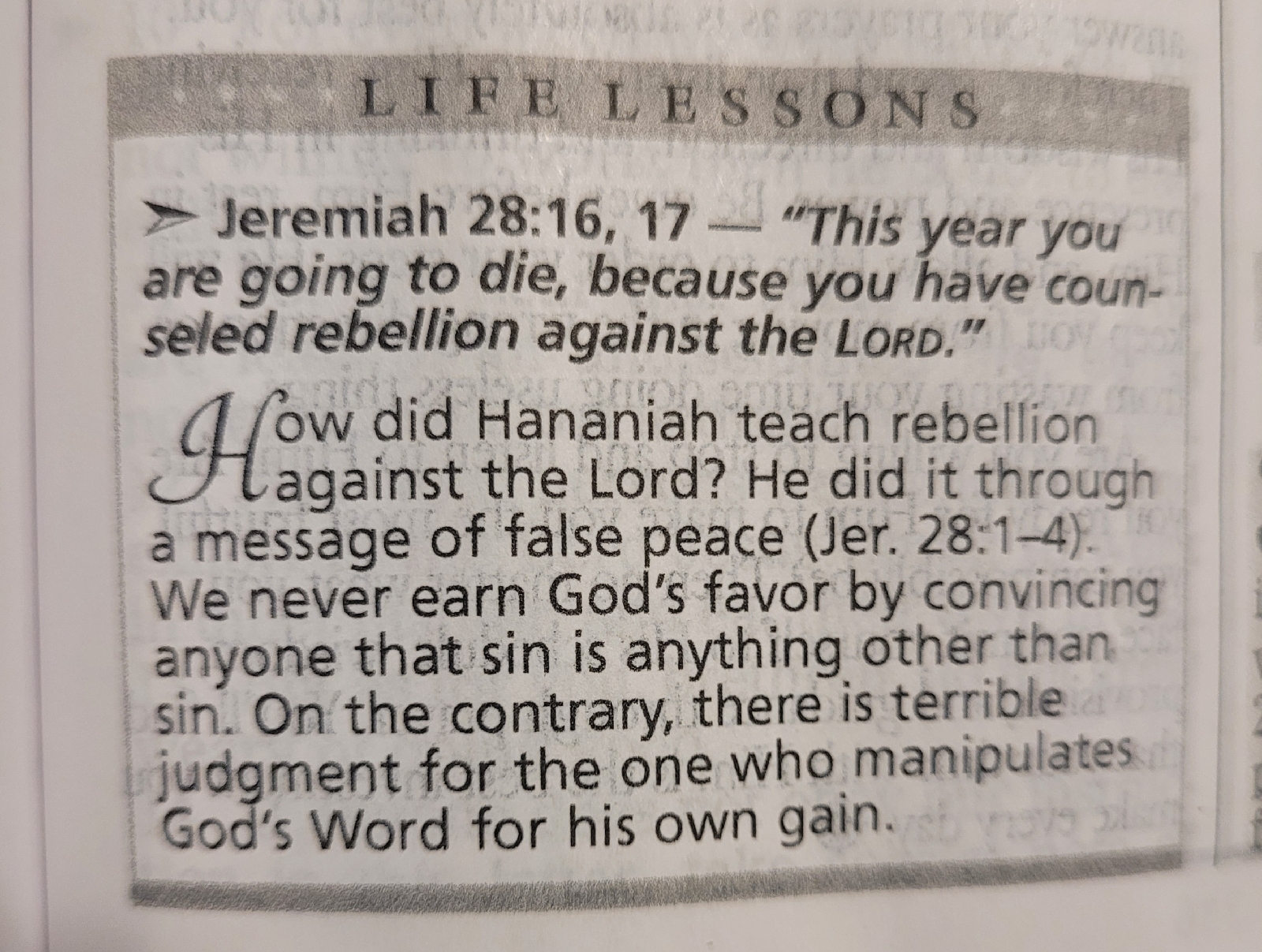 What Dr. Stanley says here IS speaking the truth in love.
We help nobody by being silent when speaking up is called for. Likewise learning when to be silent when speaking up isn't the right thing to do is also prudent.
I can't tell you how many people have said of family members "I can't say anything, I used to do that too".
Uhh yes you can.  If you are in a car and the driver passes out, what circumstances that lead up to it doesn't matter, you do what's best to stop the car.  Both for the driver's sake and your own.
In regards to our speech, love and conduct, we have Godly examples in the New Testament.  We read of Paul's writing to stir people up by way of reminder.  He commended those who were walking in the truth.
He is specific when he mentions how to deal with people claiming to be saved yet are intentionally living a life contrary to what they were taught.   Reminding them to always walk in the truth.
Nobody likes confrontation.  It scares me more than anything.  Yet there are times when it certainly must be God's doing that words come out of me, blowing right past my fears, to say something that needs said.   Knowing when isn't always my strength.  Sometimes it's my very unrighteous anger that's what comes out, seeking validation and justice by some show of force.  I quite often get reminded that the anger of man does not bring about the righteous life that God desires.
A friend posted these words attributed to Winston Churchill: "Courage is what it takes to stand up and speak, it's also what it takes to sit down and shut up.".
It does take Godly courage to be truthful with people from a Godly perspective.
Have never once met someone in love with the idea of eternal punishment in Hell.
Scriptures say that everyone will be without excuse when standing before Jesus.  Without excuse implies easily that they WILL have had the opportunity to understand the truth of God, of their sins, of their need for salvation in Christ Jesus alone.
There's a story that I can't forget. Which is saying something about my memory.  It's not as organized or as accessible as most people's memory.
A woman claiming to be a lesbian heard of the type of love that Jesus really displayed to all whom He met.  She said that if a man could or would love her that way, she wouldn't look for that in a woman again.
People who are in Christ ought to at all times show the love of Christ. But not just His love, but His wisdom. His understanding.  Speaking the truth in love will undoubtedly cause some friction. Nobody wants to really hear that they are guilty of something.  Yet all who have been born are guilty of sin. It's been in our DNA since Adam and Eve.
Nobody wants to hear of this life not getting better in the future.  Yet with eyes uncovered by the Spirit of God, it's easily seen that its indeed not getting any better.
Nobody wants to hear that there's consequences to sin. Yet the Bible says over and over again that there's consequences to sin.
We can't always know when to speak up or when to be silent. But we can know much by prayer.  The Life Principle for today in my Life Principles Bible speaks to the immense power of prayer for discernment.
Counseling other people we all are doing, be it good or bad counseling. We have no end of the ability to speak our minds.
Yet as the Bible says wisdom is vindicated by her children.  The results will say more than our minds will know at the time.
Prayer isn't just us dropping off our laundry to God to deal with.
Prayer is our intimate conversations with our Savior.
Prayer helps our Spiritual eyes to focus.
Prayer helps us to know how to speak, that what we say might give grace to those who hear.
We will never help anyone by watering down the importance of the consequences of sin.  On the other hand...realize we will give an answer as to why we gave such counsel.  Because so-and-so said so isn't a good response.
As you go through today, be mindful.
Watch what you say. If you see a brother or sister in Christ having problems, come up along side. Listen. Speak God's truth in love. Give the Spirit room to be the Spirit.
It's not about us. No parts of the body of Christ are more important than the head.
It may not be your case to say anything. But indeed it might be your call to be praying for that person in your life.
Your prayers might turn the tide in their walk with Jesus or it might be what introduces them to Him.
Posted by MacGyverDB at 8:29 AM